Adam featured on ABC News and headed on Humanitarian Trip 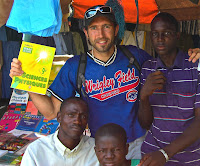 My humanitarian work was recently featured in this ABC News piece, so spread the word. I am currently en route to Central America and Brazil where I will be distributing funds raised this spring & summer through our fundraising efforts of our non-profit Cause & Affect Foundation. Check out the C&A blog for more info and sign up onto our e-mail list for field reports. Thanks to all my supporters and baseball fans that have contributed to the cause! See you all in the spring for Opening Day!
Posted by Adam Carter at 1:38 PM No comments: 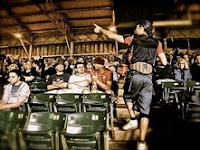 This month's Norman Einsteins Magazine features a great photo-essay by Stephanie Lim with some nice images of yours truly. Check it out!
Posted by Adam Carter at 1:20 PM No comments: 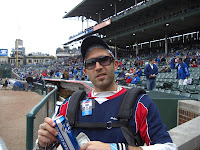 October baseball at Wrigley? Yes it's true!!! Well, in all fairness, that was due to the delayed baseball schedule of 2009, but hey, it is a tantalizing idea. Though disappointed neither of my teams made it to the post-season, it was an excellent season for Chicago baseball (and yes, for it's beer vendors as well). Highlights include Beuhrle's Perfect Game, D-Lee's sick numbers, the "We Believe" Cubs Film Premiere, the emergence of Gordon Beckham and working the All-Star Game in St. Louis. Overall, I worked about 150 games of the season, which at an average of 9 cases of beer per game works out to 32,000 cans of beer, which translates to over $210,000 worth of suds! Many thanks to all my regular customers!!
Posted by Adam Carter at 12:56 PM No comments: 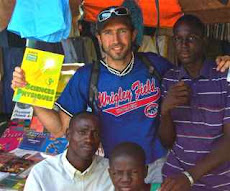